I am thinking pink, forever praying for a cure, and all about the self-checks. But sometimes the best thing we can do to move mountains is to think of the people who stood on them, strong and proud, battling until their last breath. I didn’t know Julie, but I knew of her. And in this month of Breast Cancer awareness, I think it only fitting that we keep gratitude, grace, and generosity at the forefront of our causes and a commitment to a cure. 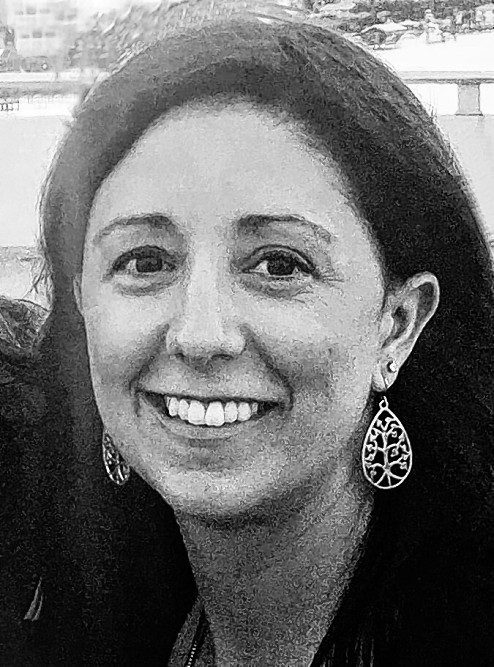 When Julie Anne Roth of Grand Island started playing on an all-boys Little League team at age 10, the other parents thought the small girl was cute.

But after years of playing sandlot ball with friends of her older brother Jeffrey, Julie was more than cute. She was both tough and talented.

“After a while, when they realized what a fierce competitor she was and how good she was, they started hollering at their own sons, ‘Why can’t you catch the ball like Julie?’ ” said her mother, Jean Roth.

Julie Anne (Roth) Neville, an athletic standout and longtime teacher and coach in the Grand Island School District, died on Oct. 16, 2018, in Roswell Park Comprehensive Care Center after being diagnosed in January 2017 with breast cancer. She was 40.

She was born on July 24, 1978,  the second child of Jon and Jean (Pino) Roth of Grand Island. Her father, the athletic director of the Grand Island Central School District, encouraged both their children to play and enjoy sports. And competition showed a new side of their daughter’s personality.

“She was the sweetest girl in the world,” said Jean Roth. “She never fought with me – you know how some mothers and daughters don’t get along? Well, that never happened. However, if she had a tennis racket in her hand, and you were her competition, she was very fierce. Even if we played Monopoly, she wanted to win.”

“No drama, no nothing,” said her father, Jon Roth. “I don’t even know if we ever had to raise our voices to her.”

Mrs. Neville graduated from Huth Road Elementary School and in 1996 from Grand Island High School, where she was both an exceptional student and three-sport athlete. In basketball, she played point guard and was the school’s first female 1,000-point scorer. She still holds the school’s record for wins in tennis, and was all-WNY in softball, where she played shortstop.

In 1996, she accepted a tennis scholarship to Xavier University in Cincinnati, where she played Division I tennis and earned a bachelor’s degree in education in 2000. “She loved the game of basketball better, but she had scholarship offers in tennis,” her father said.

In his annual Top 10 ranking of local women tennis players, News columnist Charlie Garfinkel singled her out several times. In 1997, he said she “may be the best all-around athlete in the Top 10.”

“She loved the kids and the kids loved her,” said Mrs. Neville’s mother.

“She was really a gem, one of a kind,” said Dr. Ami Alderman, principal of the school. “Her influence was so far-reaching, as a mother, a coach, a teacher and a friend.”

She married James Neville on July 8, 2006, in St. Stephen’s Catholic Church on Grand Island. They had known each other since childhood through their families; there is a photo of James and Julie together at a family party when they were toddlers.

After her diagnosis, several of her former players, now adults, scheduled themselves to care for her boys so she and her husband could enjoy a night out together, her mother said.

Mrs. Neville was an avid fan of the Buffalo Bills, New York Yankees and Grand Island Vikings and Lady Vikings.

To the end of her life, “she was still worried about her fantasy football players,” said her father.

Mrs. Neville rooted for the Xavier men’s basketball team and returned to see some games. On New Year’s Eve 2017, her parents, husband and sons went to Xavier, where a friend had arranged for her family to go onto the court after the team’s informal morning practice. “After the shootaround, everybody on the team and the coach came over and gave high-fives to the kids and Julie,” said Jon Roth.

Besides her parents, husband, sons and brother, she is survived by many nieces, nephews, aunts, uncles and cousins.

Memorial offerings may be made to the Neville Boys Education Fund and sent to the Roth family at 6839 Ava Lane, East Amherst, NY 14051. Online condolences may be shared at www.rothfuneral.com.